Select your preferences below.

Project Sweetwater is a collection of beautiful fabric, iron on labels and fun ideas. A typical box includes the following: 7 Fat Quarters One Charm Pack 3-4 Patterns Iron-on labels Please keep in mind each box is different. Some boxes might include a special quilt panel instead of fat quarters. The contents will depend on the project(s) that are featured in the box. Because of supply chain issues related to COVID, we currently don't have a set schedule for shipments. Our next box, featuring Red Barn Christmas, will ship at the end of August/beginning of September. We are hoping to ship the following box (featuring Timber) in November. Renewals take place approximately two weeks before the box ships. At the time of signup, the first box will be charged for. That box will not ship until the next ship date. For example, if you sign up in early August you will be charged for the first box on the day of sign up, but it won't ship until all of the boxes are shipped together (late August or early September). 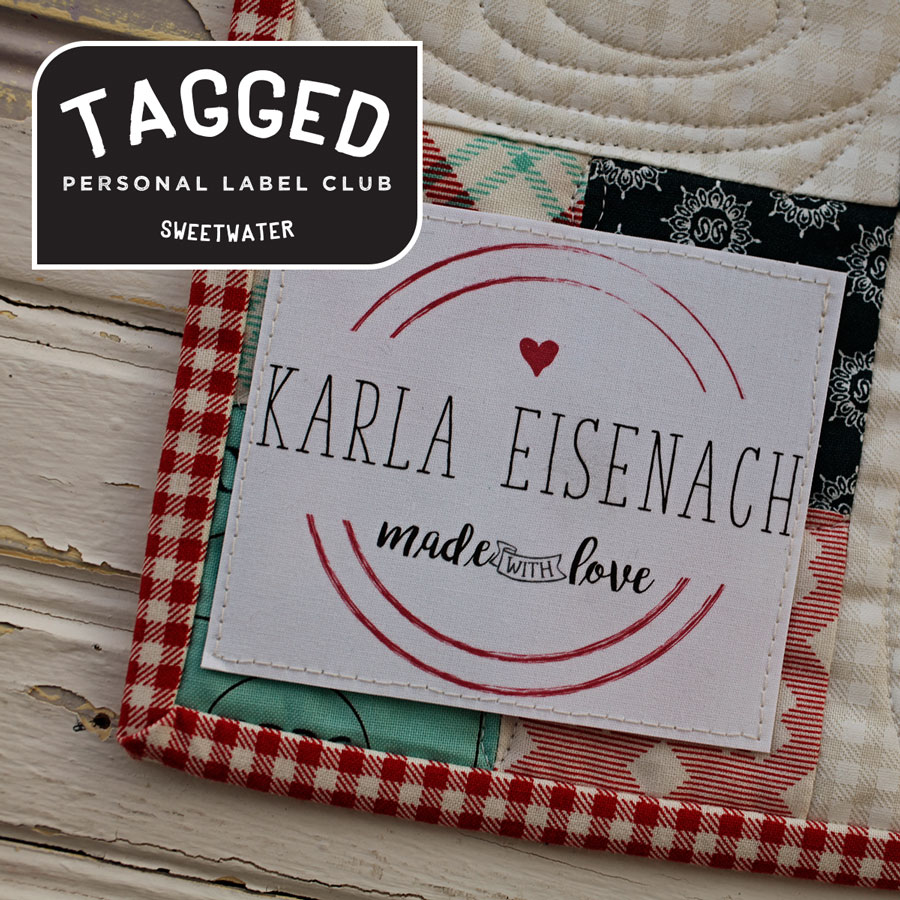 Each month a custom quilt label with your name will arrive at your door! Each label measures approximately 4" x 5". Labels are iron-on and can be stitched around the edges for a finished look. Labels are shipped on the 28th of each month. If you order before the 28th, you will receive that month's label. If you order after the 28th, your first shipment won't be until the next 28th of the month. For example, if you order March 29, you will be charged for your first label that day, but it won't ship until April 28th.